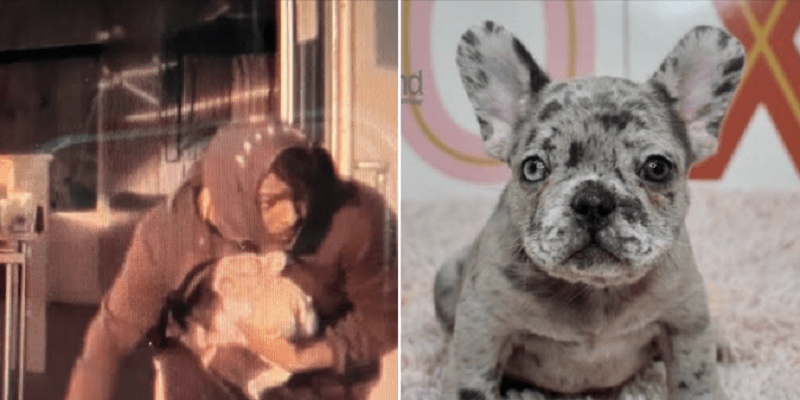 In a surveillance picture, the man has the puppy tucked to his chest as he left the store with something covering his head.Missouri woman’s ID stolen, used to fuel Canadian truckers protest